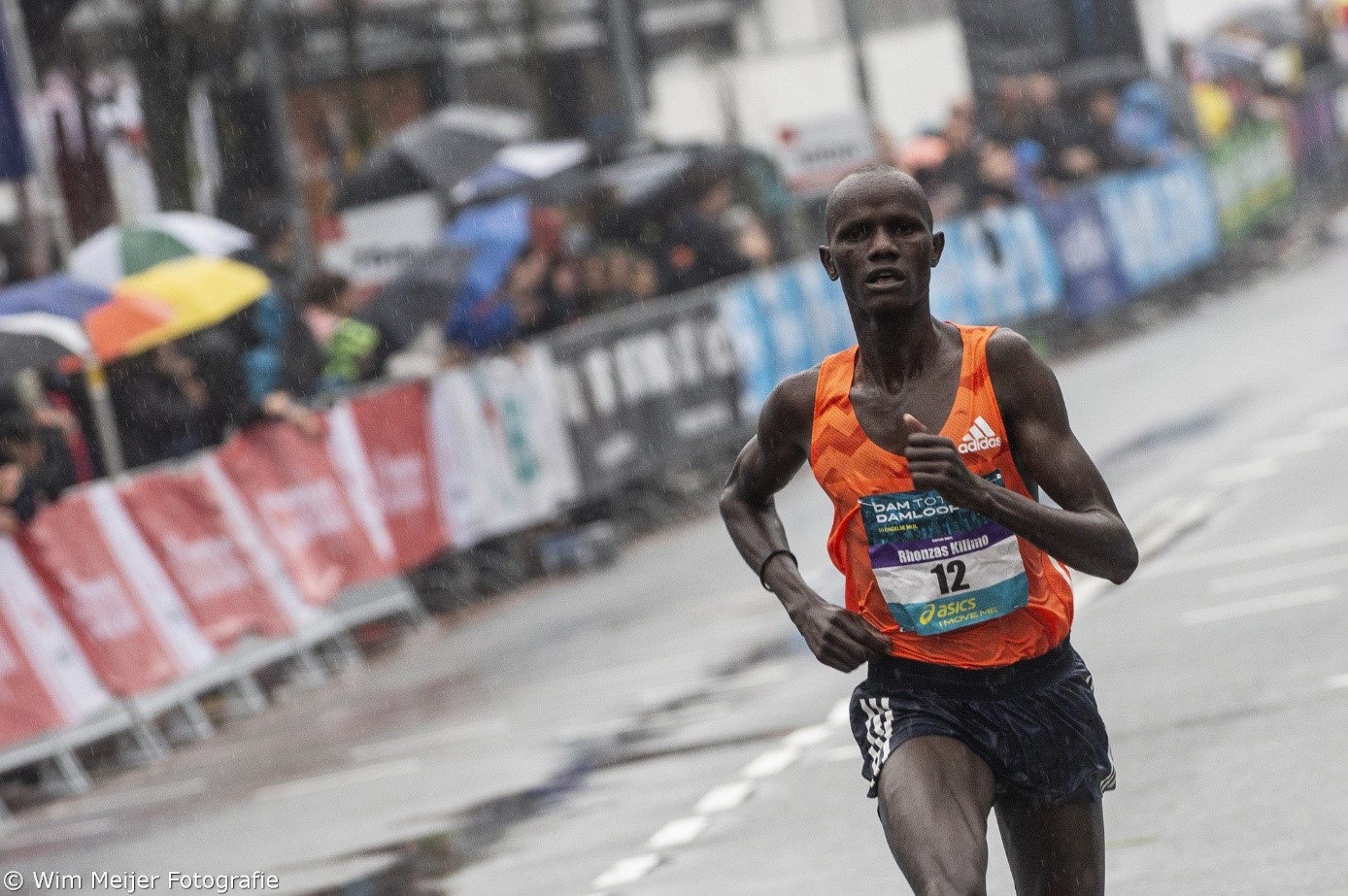 22-year-old Kenyan Rhonzai Lokitam Kilimo will be one of the younger contenders to the throne at the 5th edition of the Absa Cape Town 12 ONERUN on Sunday 19 May 2019.

Much has been said about the ‘old guard’ that will descend upon the Cape’s premier 10km road race.  The likes of two time defending Champion and holder of the World Best time over 10km, Morris Gachaga will be on the start line in search of a hat trick of wins. John Langat who placed 3rd and Abdallah Mande 4th in 2018 are amongst the international contingent who will be coming to Cape Town on 19 May. Elroy Gelant who is in scintillating shape after winning the Two Oceans Half Marathon, spear heads the South African contingent.

But there are always new kids on the block, new challengers to the throne. Young Pretenders if you will.  Rhonzai Lokitam Kilimo is one such pretender.  Kilimo has only been on the circuit since 2015, but has already amassed a number of impressive performances, most prominently his 10km best time of 27:57 in Casablanca in 2016 where he was pipped to the line by Dawit Fikadu by a mere second.

Kilimo ran his 10mile PB in 2017 in Tilburg.  His time of 47:02 secured him a 6th place behind two of the athletes whom he will face on 19 May, namely John Langat (5th) and Abdallah Mande (3rd).  Expect Kilimo to feed off the experience of the two and their knowledge of the route. If he judges his race wisely, he should be in striking distance of a podium place.

Kilimo seems to enjoy close races and to all intents and purposes seems to have a solid kick on him.  He has raced only once this year, at the Berlin Half Marathon, where he was again within one second off the winner, William Wanjiku (61:00), clocking 61:01.  This result emphasizes his danger should he be in striking distance of the leaders in the final sprint for the line.

“I am looking forward to the challenge in Cape Town,” said Kilimo. “I am getting stronger and faster all the time. I know both John (Langat) and Abdallah (Mande) as I have raced them before. I know they are experienced and know the route, so I will make sure I watch them closely and see how they run. I am confident that if it comes down to a sprint finish, my chances are as good as anyone’s.”

With a number of both local and international athletes still to be announced this week, the 2019 edition of the Absa Cape Town 12 ONERUN could well be the fastest ever seen in the 5 year running of the event.  And if that is the case, then a new World Best time for the 10km distance just might be on the cards.  This is only fitting in the year’s first event as an IAAF Bronze Label race.