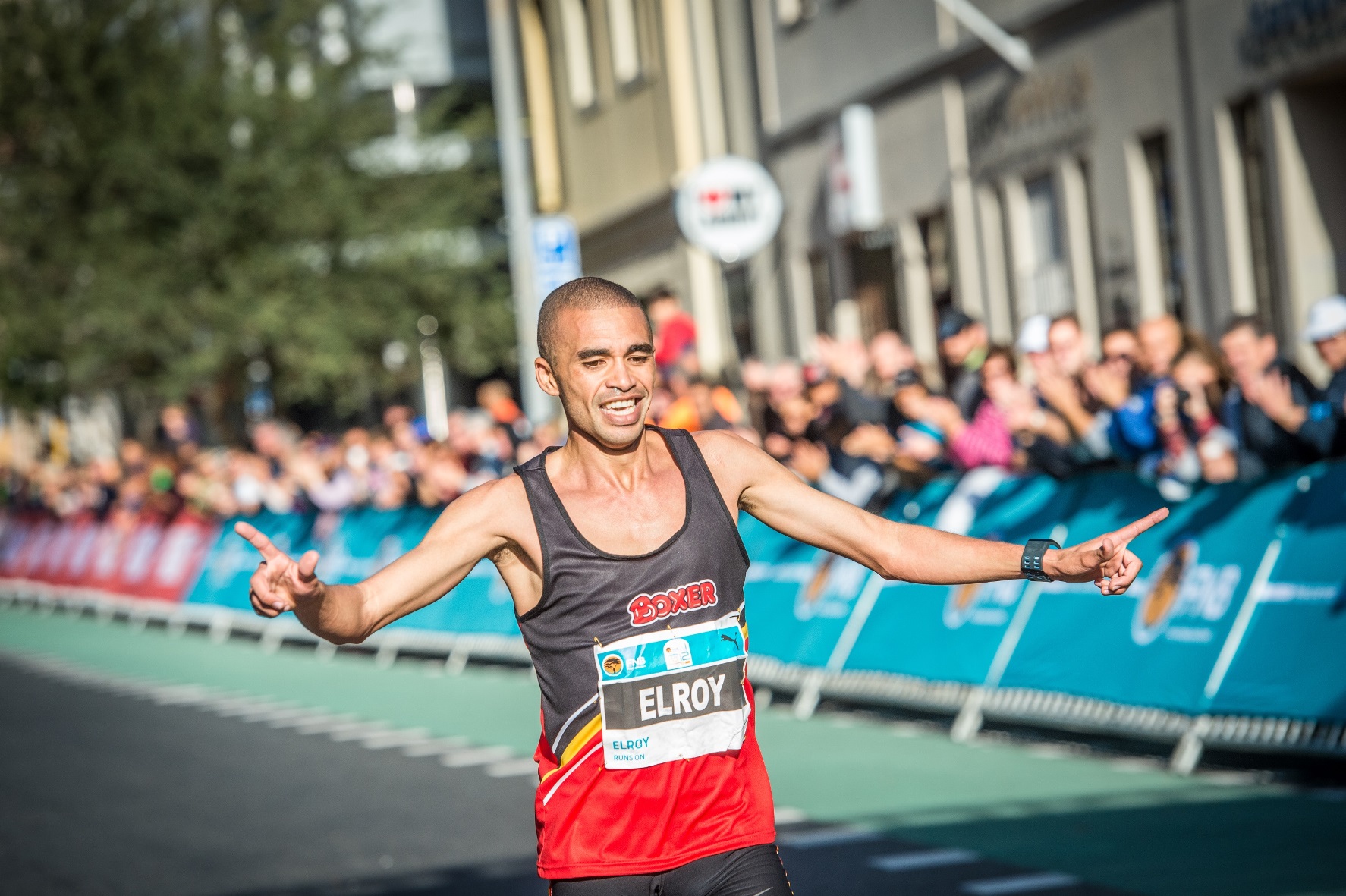 Elroy Gelant will be one of the hopefuls looking to break the record and secure the prize.  Seen here:  Gelant in action at the 2015 Absa Cape Town 12 ONERUN.

“South Africa has such depth in the middle distances on the roads and with both Elroy Gelant and Stephen Mokoka in great shape in the men’s race and Irvette van Zyl and the Phalula sisters firing on all cylinders on the women’s circuit, we felt it only right that we reward them with this incentive,” says Michael Meyer, Managing Director of Stillwater Sports. “Stephen (Mokoka) and Elroy (Gelant) have had some epic battles and it is time we acknowledge this. With (Emmanuel) Bett, (Daniel) Salel and (Timonthy) Torroitich back and both Elroy and Stephen in great shape, there is no reason why that record cannot go. Also Irvette van Zyl is in sublime form right now and the Phalula sisters will really need to be on top of their game if they want to beat her, so there is a good chance that the women’s record can well go too.”

“That is good news,” said Mokoka. “I am in good shape and am looking forward to Sunday. This additional incentive will make it even more exciting”.

Gelant was equally excited. “I missed the record in 2015 and am in much better shape this year, so I believe we can take that record. When Stephen and I race it is always competitive and we also have the Kenyan’s here so that record should fall.”

The women’s record stands at 38:39 behind Elana Meyer and dates back to 16 May, 1999. Meyer ran the time in San Francisco. It is not an easy target for the women to hit, but such is the shape of Van Zyl that it could well fall on 15 May.