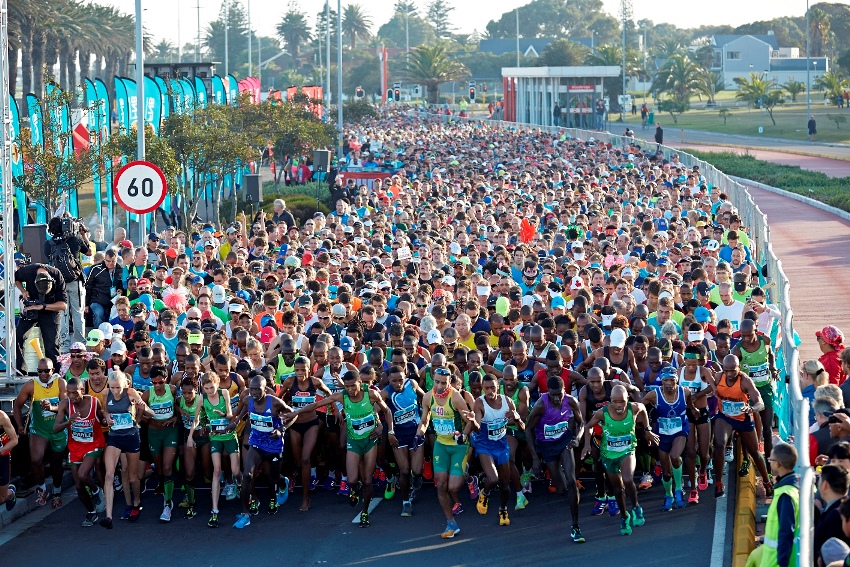 The allure of racing big international names on home soil is becoming more appealing to South Africa’s top middle distance runners such as Rio bound Sibusiso Nzima who is the latest name to be announced by the Absa Cape Town 12 ONERUN organisers for the May 15 race.

Nzima has had his best year to date, after running a qualifying standard in the marathon in Seville on 20 February. He crossed the line in 2:11.42. Prior to that Nzima finished 6th at the SA 10km Road Championships, clocking 29:54 before running 29:13 in Port Elizabeth in April.

“I needed to get my speed up again, so I have spent some time on the track,” said Nzima. “My two bronze medals showed me I was back on track and I’m looking forward to the 15th. With Stephen (Mokoka), Elroy (Gelant), Lucky (Mohale) and Gladwin (Mzazi) in the field we should not be afraid of the Kenyans’’, referring to Emmanuel Bett, Daniel Salel and Timonthy Toroitich who took the top three positions in the inaugural Absa Cape Town 12 ONERUN in 2015.

Nzima has a best of 28:29 over the 10km distance, run in 2011, but his form of 2016 has been consistent as he has continuously challenged the likes of Mokoka, Gelant and Mzazi for podium positions in South Africa. Sibusiso Nzima had set as his target the Olympic marathon qualifier in February and all his training had been focused on that. With that goal achieved, the 29-year old Nzima has stepped down in distance to hone his speed and that tactic has begun to pay off.  Come 15 May, do not be surprised if Nzima is in the mix when it counts.