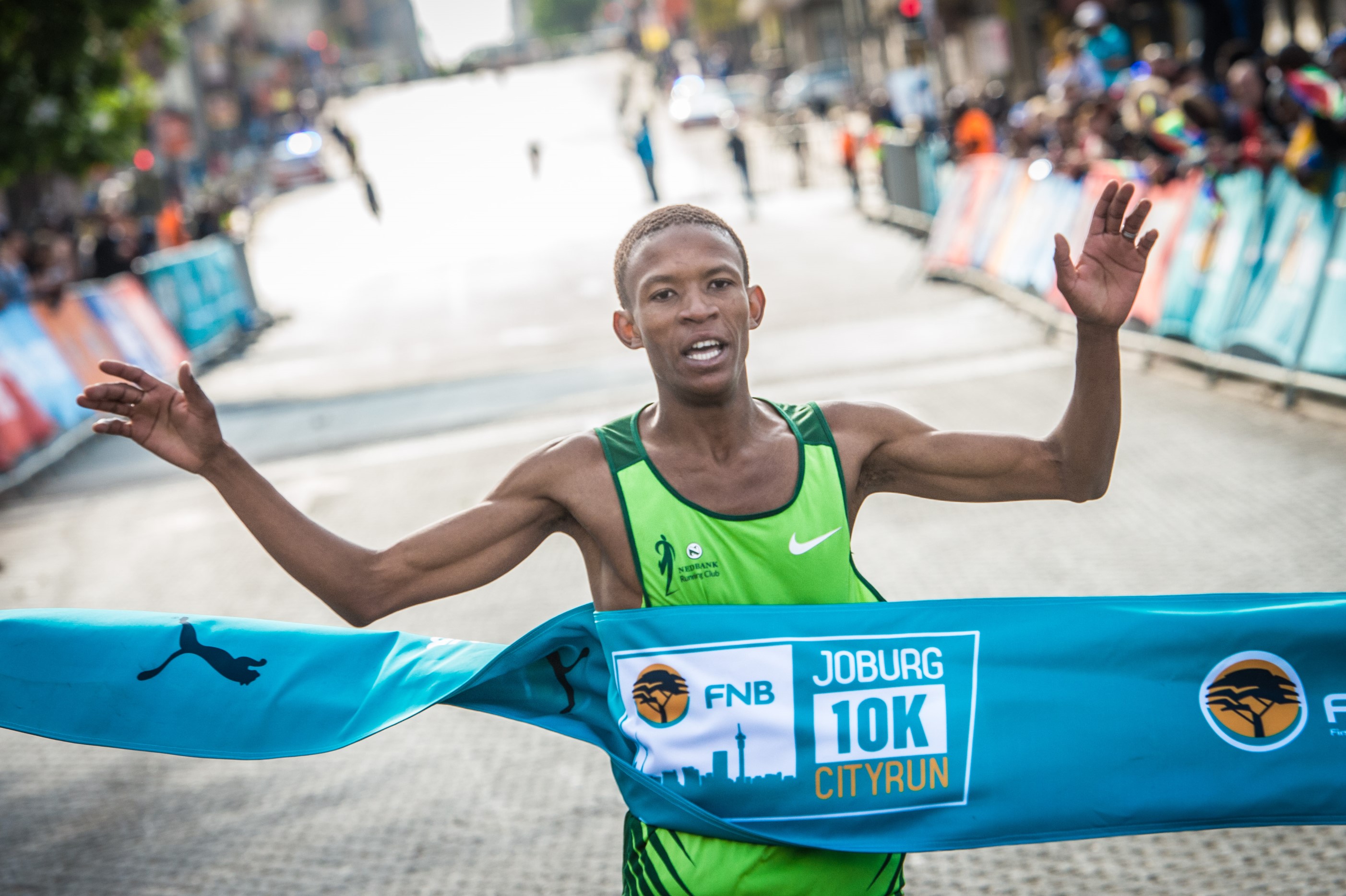 In 2017 Mosiako made a statement when he won the Absa Joburg 10K CITYRUN on Sunday, 24 September, beating the race favourite Stephen Mokoka in the process.

Mosiako was selected for the South African National Team to travel to Algeria for the Africa Cross Country Championships when he won the national cross country trials in Bloemfontein in January.  Shortly afterwards disaster struck when Mosiako became the victim of a brutal attack on 4 February, leaving the young athlete with head injuries and a fractured right arm. The attack meant Mosiako was in a race against time to get fit for the Africa Cross Country Championships on 17 March.  He made the team and finished as the third South African on the 10km course.

Now he has set his sights on returning to the road at the Absa Cape Town 12 ONERUN on 20 May.

“This will be my first road race for 2018 and I am really looking forward to it. I am not in the same shape as I was in Joburg (Absa Joburg 10K CITYRUN), but I am getting better all the time. So far I have only done track and cross country, but I have been training for the road. So for me this will be a real tester, especially with the likes of Stephen (Mokoka), David (Manja) and Namakoe (Nkasi) in the race. You know they always keep it honest. Also the internationals will make it interesting. This will be a fast race for sure,” says Masiako.

David Manja who was the first South African home at the Africa Cross Country Championships on 17 March and the ever dangerous Namakoe Nkasi (winner of the inaugural Absa Joburg 10K CITYRUN) will also toe the start line on 20 May. Both are in good shape with Manja having raced and won two half marathons already this year (Bedfordview, 14 January – 68:44; a tough course at altitude) and the Two Oceans Half Marathon on 31 March in 64:07. Nkasi has won two 10km races already in 2018, the Township 10km in 29:57 (ahead of Manja) and the Motherwell Freedom Run (28:32) on 7 April. Manja was third in that race (28:41).