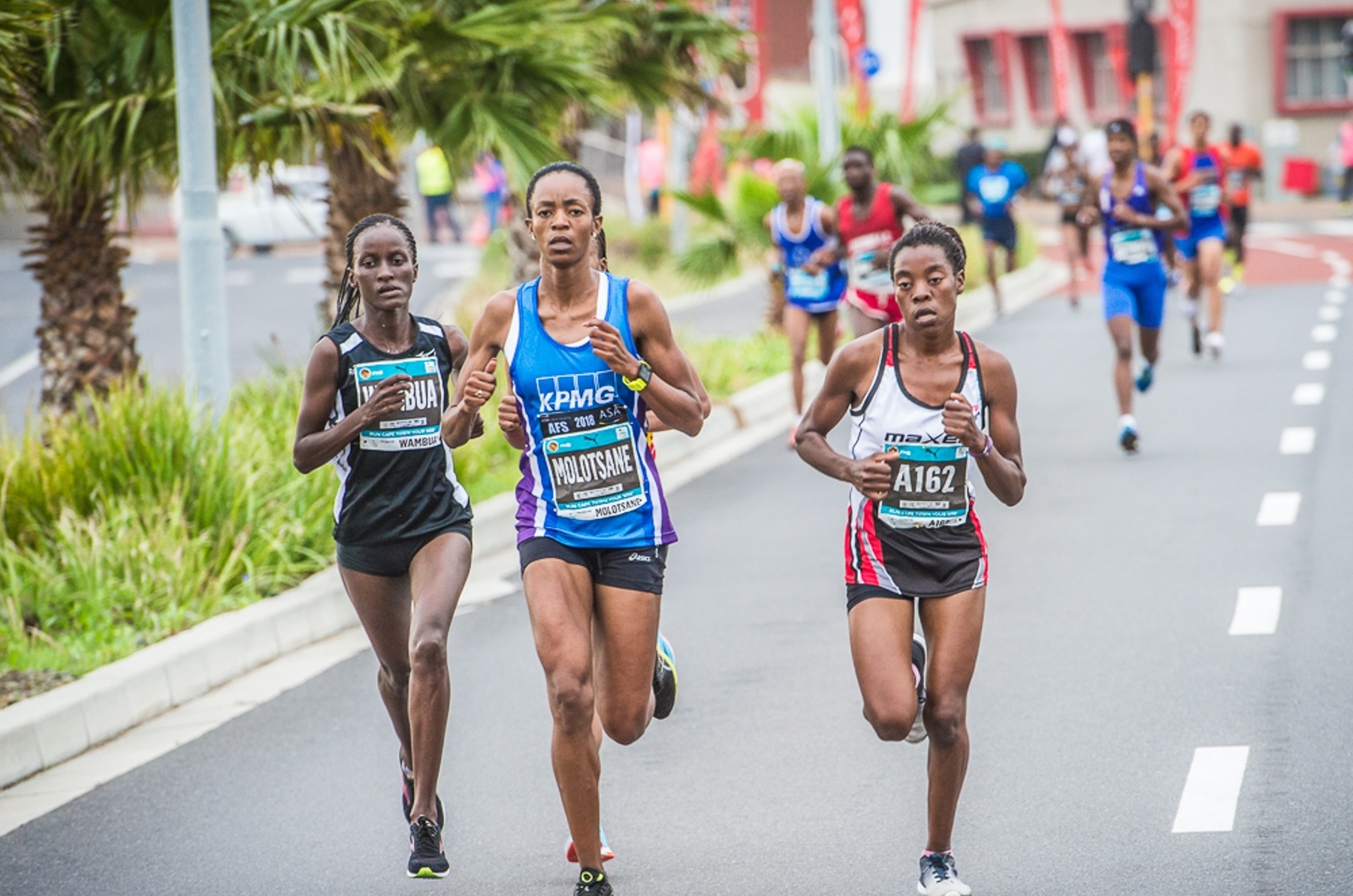 In 2018 Kesa Molotsane was the best of the South African contingent, finishing third at the Absa Cape Town 12 ONERUN. Molotsane returns in 2019 with a goal of climbing the podium.

Molotsane has started 2019 with meaning, winning all three races run on local soil and finishing best of the South African woman at the World Cross Country Championships in Aarhus, Denmark on 30 March in very trying conditions.

Most telling was her win at the SA Cross Country Trials in Pretoria on 19 January where she cemented her place on the team to the World Cross Country Championships. Molotsane ran a well-judged race, shadowing the pacing of Dominique Scott-Efurd until the second half of the race where she took control.

It is the strength she that has picked up in training for the World Cross Country Championships and the experience of racing under very trying conditions at those World Championships, that will stand her in good stead come Sunday, 19 May at the 5th running of the Absa Cape Town 12 ONERUN.

While the race is fast and flat for 11km before the short sharp climb up Bree Street, to be able to maintain a fast pace on flat roads means that the muscles are always working with no respite, and having strength in the legs is a big advantage.

Molotsane has rapidly developed into one of South Africa’s best middle distance athletes with dominating performances in both 2017 and 2018 and will be one of the big favorites come the 19 May.

Already announced is Glenrose Xaba who had some incredible duels with Molotsane in 2018. The two meeting on 9 occasions in 2018, with Molotsane leading those head to head’s 6 -3. With both Xaba and Molotsane looking to dominate the South African road running scene, the Absa Cape Town 12 ONERUN may well be the start of a great rivalry of the year, with both women looking to fire the first salvo.

“Last year was my first experience of the Absa Cape Town 12 ONERUN. It was an incredible experience; running against some of the best in the world through the streets of Cape Town and all that support. I have to come back again this year,” said Molotsane. “The vibe was incredible.”