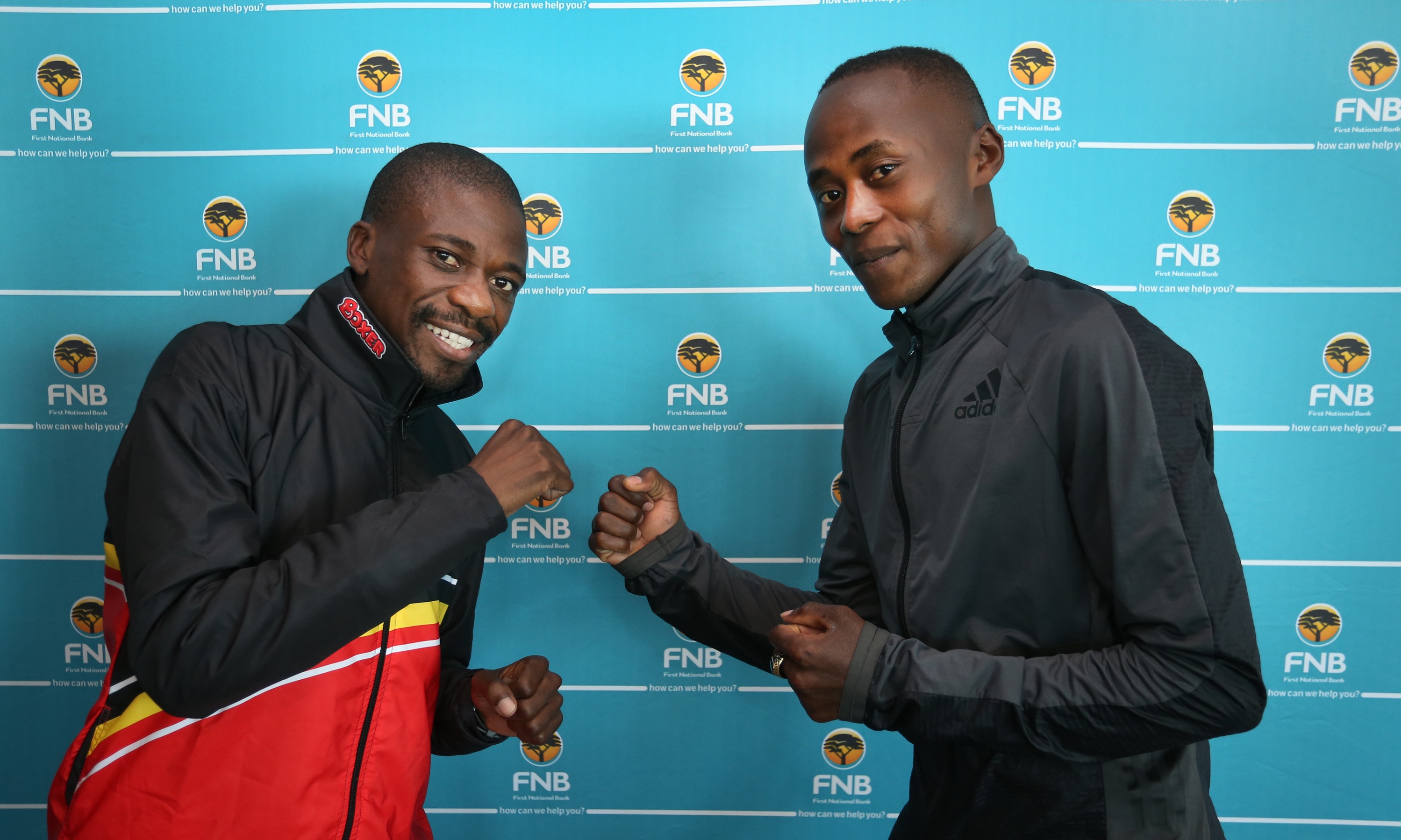 South Africa’s 10km record holder, Stephen Mokoka, is out to defend his title on Sunday, 21 May 2017 at the Absa Cape Town 12 ONERUN, but will find that his title defence won’t come easy.  The man who beat him and arch rival  Elroy Gelant at the Absa Joburg 10K CITYRUN, Lesotho’s Namakoe Nkhasi, will be keen to show that his win over the two was not a mere fluke.

Nkhasi has raced in six races this year, winning five and finishing second in the 6th.  Proof that he is once again coming into form at just the right time are his recent Personal Bests in the Half Marathon – Nkhasi clocked 63:15 in Cape Town at the tough Two Oceans Half Marathon and two weeks later took that time down to 63:05 in Port Alfred. Both Gelant and Mokoka know and respect Nkhasi who is not afraid to take the race to anyone. Added to the men’s field is Sibusiso Nzima who last year finished second behind Nkhasi  at the Absa Joburg 10K CITYRUN and represented South Africa at the Olympic Marathon in Rio in the same year.

A very serious threat is Kenya’s Morris Gachaga. The 22-year-old boasts a 10km best time of 27:27 (ASTA Grand Prix Casablanca 10k, Morocco – 2016) and a 1:00.35 Half Marathon (Wachau Half Marathon, Austria 2016). Proof that he is on form was his win at the Paris Half Marathon on 5 March, running a mere 3 seconds off his best. His best time is 5 seconds faster than Mokoka’s and 35 seconds quicker than Elroy Gelant. But more importantly, his 10km best time on the road is 11 seconds faster than Mokoka and a minute and 9 seconds quicker than Gelant.

The ladies race has seen the withdrawal of the defending champion Irvette van Zyl due to ill health which means the women’s race is wide open with a whole host of contenders raising their hands including Nolene Conrad, Cornelia Joubert, Lebogang Phalula and Rutendo Nyahora. The women’s race will feature a race within a race as Two Oceans Runner up, Jenna Challenor, and third place finisher, Tanith Maxwell, go toe to toe over the shorter distance. Throw in the mix Cape Town Marathon Champion Tish Jones who recently finished 18th at the London Marathon, taking 3 minutes off her previous best (2:33.56), and you will have an intriguing battle amongst the longer distance runners to boot.

Charity Support:  When entering online, runners could choose to support either or both the Absa Cape Town ONERUN Charities:  The Cape Of Good Hope SPCA and Die Burger Kersfonds.

Absa Business is proud to be the title sponsor of the Absa Cape Town 12 ONERUN.  This sponsorship forms part of our ongoing strategy to support local and community events that focus on healthy lifestyle and family involvement, and impact the environment they operate in positively. Road running is an inclusive sport that allows us to engage with a larger audience and support sporting disciplines that advance our commitment to building, enduring and rewarding relationships across communities in which we operate. The fresh and unique nature of the Absa Cape Town 12 ONERUN is aligned to our belief in innovation; a belief that celebrates new ideas, fresh thinking and creating unique experiences.