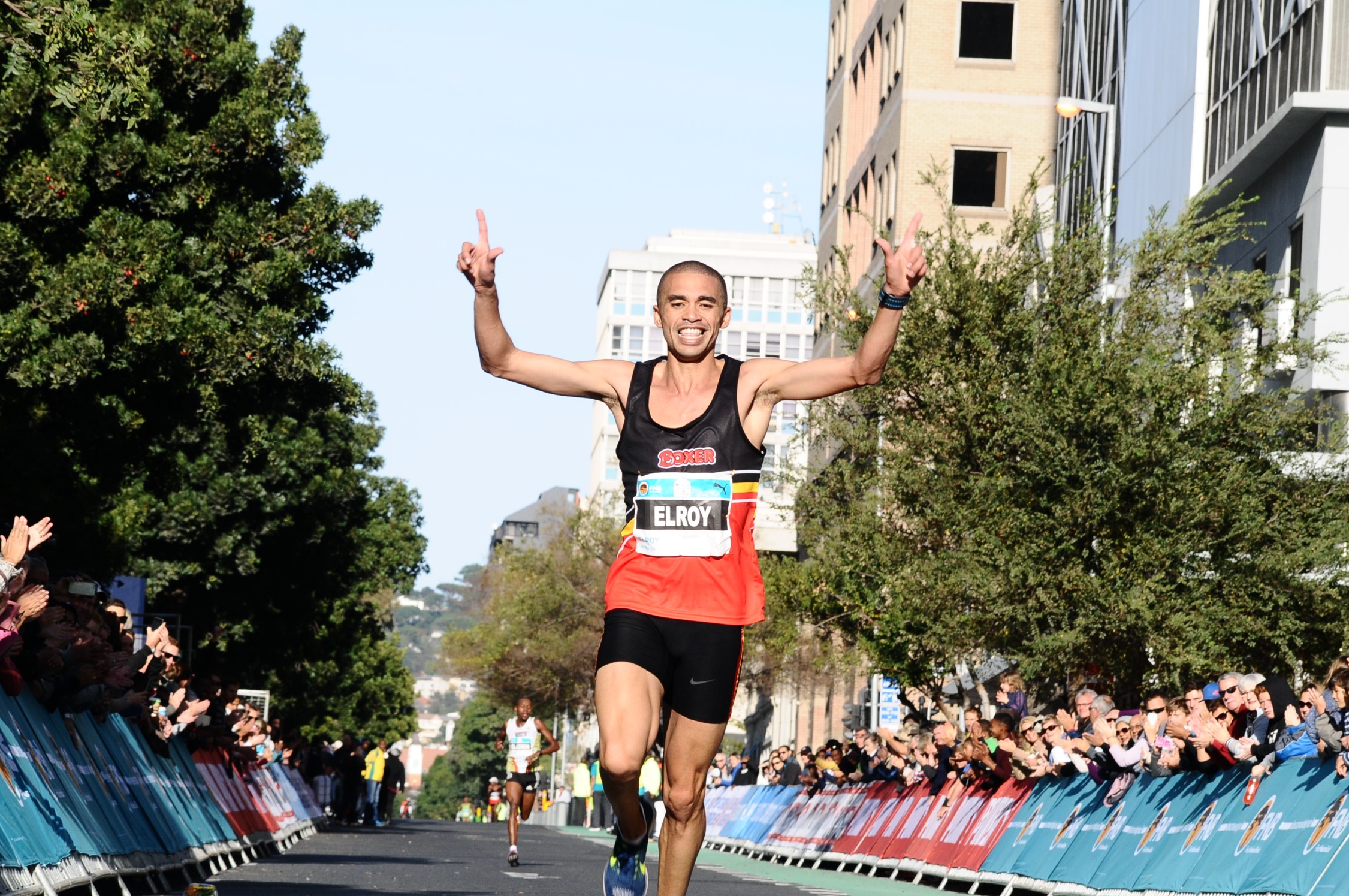 Shortly after the announcement that the top three runners from the inaugural Absa Cape Town 12 ONERUN will be back in the Mother City for the 2016 event on 15 May, comes the news that South Africa’s top middle distance pairing of Stephen Mokoka and Elroy Gelant will be out to dethrone the defending champion, Emmanuel Bett.

Gelant was the first South African home in 2015, finishing 5th in 34:51 for the 10km race that started in Milnerton and finished in Bree Street in front of the Portside building.

Bett and Daniel Salel missed the world best mark by one second in 2015 and hopes are high that the world best can go come race day on Sunday, 15 May this year. With Mokoka and Gelant both keen on a South African win, Bett and Salel will not have things their own way this time round.

“In 2015 I was training for the 1500m, so lacked the endurance to stay with Bett, Salel and Toroitich when they moved. But this year I am healthy, fit and really looking forward to the challenge,” said Gelant who only recently ran 13:20.70 to secure his place on the Olympic team in the 5 000m. “Both Stephen and I believe we can take the race to the Kenyans. We love that they are coming to South Africa to race, but we do not want them to beat us on home soil, so we will do our best to make sure that it is a South African that tops the podium.”

Mokoka successfully defended his 5 000m and 10 000m titles at the South African Track and Field Championships in Stellenbosch on 15 and 16 April. In the process he dipped 28 minutes for the 10 000m and set a qualifying time for the Olympic Games in that event. “In 2015 I had prior commitments, so I could not race in Cape Town. This year is different and I am in.  Elroy and I want that win badly,” said Mokoka.

Join in on the fun at the Absa Cape Town 12 ONERUN’s Friday 5k run:

Charity Support: When entering online, runners can choose to support either or both of the Absa Cape Town ONERUN Charities: The Cape Of Good Hope SPCA and Die Burger Kersfonds.