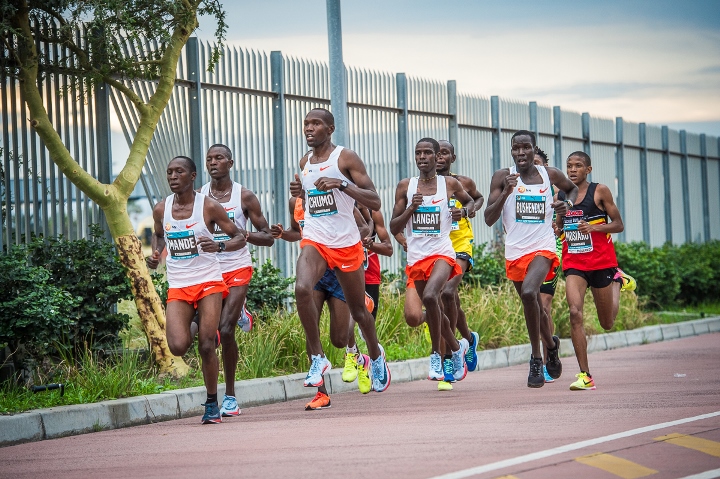 Uganda’s Abdallah Mande who finished 4th in the 2018 Absa Cape Town 12 ONERUN, opens his 2019 racing account by returning to the Mother City on Sunday, 19 May to try and improve on his performance of last year.

At the 2018 Absa Cape Town 12 ONERUN Mande was part of a lead pack of 9 runners who went through the 10km mark together in 28:28 before a surge by defending champion, Morris Gachaga, as they emerged from the Company Gardens ripped the pack apart. Mande lost traction with the leading trio on the short climb up Wale Street and had to settle for 4th.  Just like John Langat who has already confirmed his attendance at the 2019 showpiece, Mande knows the race will most likely unfold in the final two kilometers. The first 10km of the race do not easily allow for a breakaway.

“I have become stronger since 2018 and expect to be able to handle the attack on the short climb (up Wale Street) and the fast finish (down Bree Street) much better this year.  10km was a bit of an unusual distance for me, so when the attack came, I wasn’t quite sure how to respond,” said Mande.

Mande traditionally races sparingly in the season, even giving the cross country season a miss this year.  It is just that habit of racing sparingly that has seen his meteoric success in a short time. Since 2015 he has not finished outside the top ten in any race he’s lined up in, the lowest position secured in the 2018 season was 7th at the Airtel Delhi Half Marathon in New Delhi in October. The other four races he ran in 2018 saw Mande finish inside the top five.

His consistency will certainly have the opposition sit up and take note come race day on Sunday 19 May. No one who is continuously threatening a podium position can be ignored, and Mande is one such athlete. It is only a matter of time before he not only podiums regularly, but also finds himself on the top rung of the podium more often than not.

Mande is part of an exciting group of young Ugandans which are taking the middle distance fight to the traditional powerhouses, Kenya and Ethiopia and racing in the Absa Cape Town 12 ONERUN on Sunday 19 May in an IAAF Bronze Label Race, means he will be exposed to a deep field of athletes; which in turn will see his performances improve dramatically.

It is no secret that the Absa Run Your City Series has opened doors for athletes globally and will continue to do so.