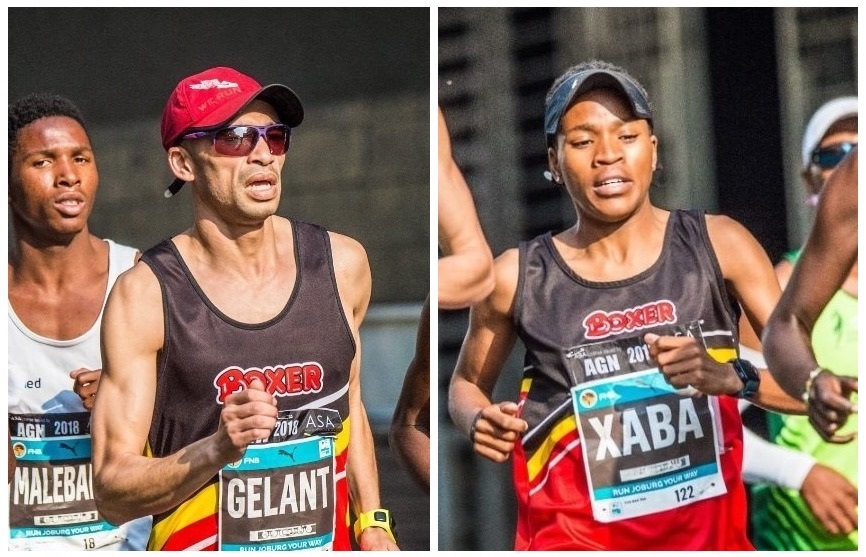 The Boxer AC duo of Elroy Gelant and Glenrose Xaba have confirmed their entry into the 2019 Absa Cape Town 12 ONERUN on Sunday, 19 May 2019.

Gelant has made an impressive start to the year after battling with injury in 2018 while Xaba has used the off season period to good effect to recover from a busy 2018.

Although Gelant has put in solid performances after a hernia operation in April 2018, he was always playing catch up with his fitness. “I had no proper base training, so was running off muscle memory,” said Gelant. Despite this, he was able to put in an impressive run at the SA Half Marathon Championships in July, finishing 4th overall and clocking 61:48. But the ‘form’ was not sustainable. Now with the body healed and just over three months of proper base training under his belt, Gelant is starting to look like the athlete again that South Africa has come to know and respect. Gelant, with no speed work in his legs, traveled to Durban at the beginning of April and ran his 4th fastest half marathon of his career, clocking 61:57 in Durban.

“Thirteen weeks of solid base training has made a big difference after hernia operation,” said Gelant. “I throw off good mileage and I have big plans for the year, so it was good to be able to just run miles. And to run that time in the half marathon with no speed work, has me excited for the year.”

Gelant is targeting a sub 60min half marathon for 2019 as his big goal, and to do that he will need to get into some major races, the first of those being the Absa Cape Town 12 ONERUN on Sunday, 19 May. “We are always guaranteed good competition in the Absa Run Your City Series and with it now being an IAAF Bronze Label Race, even more so.  I know there will be really fast guys running and that is ultimately what I am looking for. So I am really excited and looking forward to the Absa Cape Town 12 ONERUN.”

While not having to overcome injury, Glenrose Xaba had a busy 2018 and needed to rest at the end of the season. She took some time off and focused on building some mileage in her legs. Indicative of just how she has been able to build her fitness was her impressive 32km training run in early February where she cruised to a 2:12.46.

“I still won’t race beyond 15km. But the 32km was a good effort for me to get stronger. 2019 will be another long year and I needed the mileage in my legs,” said Xaba. “After my 5th place in Cape Town last year at the Absa Cape Town 12 ONERUN, I want to do better this year. I know that we will again have some really good competition in the race, Stillwater Sports is always able to bring in some top athletes, so this will be a race that I really want to do well in.”