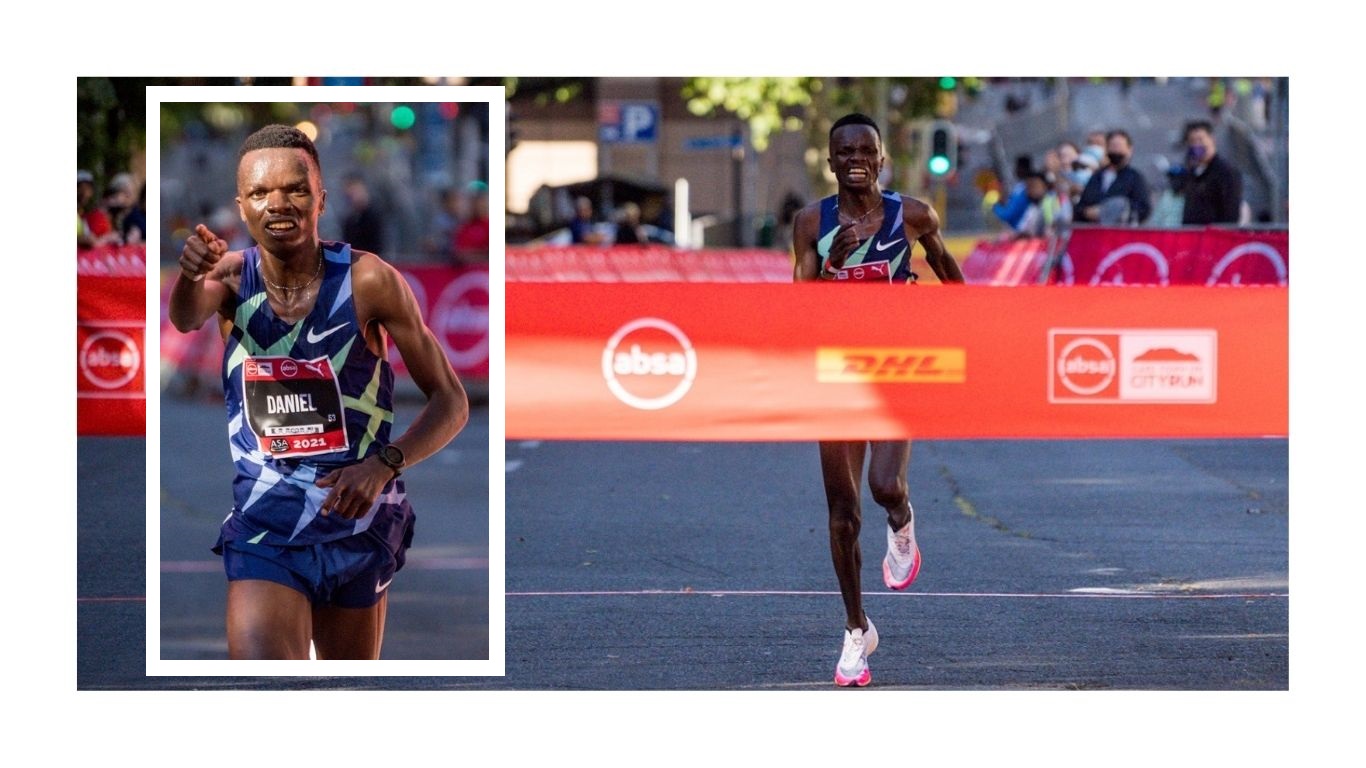 One of the current global stars of the sport of running, Daniel Simiu Ebenyo from Kenya, returns to the Mother City on Sunday 15 May 2022 to take on the 7th annual Absa RUN YOUR CITY CAPE TOWN 10K.

As the 3rd fastest 10K runner in the world at present, Ebenyo is one of the stars of world athletics, and is already being mentioned as the man to challenge Joshua Cheptegei, the world’s leading 10km runner. Fellow runners and spectators will hope to see Ebenyo come close to the fastest 10km ever run on African soil, when he takes on the Absa RUN YOUR CITY CAPE TOWN 10K on 15 May.

“It’s a tremendous coup to have Daniel return to the Absa RUN YOUR CITY CAPE TOWN 10K,” says Michael Meyer, founder of Africa’s leading 10K road running series. “Our aim is to have our thousands of participants stand on the start line with the world’s best runners, and Daniel certainly fits that bill. To have the third fastest 10K runner on the planet run in Cape Town is a huge thrill and privilege and will further cement the event as Cape Town’s most prestigious road running event. We hope that all the runners participating will be inspired by his presence in the event.”

Ebenyo has made some emphatic statements already in 2022. He opened his season on 9 January at the Valencia 10km, winning in his usual front running style and in an almost solo effort, he proceeded to decimate a quality field, winning in a time of 26:58, then the fastest in the world.

Since then only two runners have run faster. Joshua Cheptegei, a past Absa RUN YOUR CITY Series champion, and Kenneth Renju have gone faster – with Cheptegei flying to a 26:49 in Cannes (6 March) and Renju winning the Lille 10km in 26:57 on 20 March.

That Ebenyo has a serious turn of speed is beyond question. In his first indoor season, the Kenyan competed in the Mondeville Indoor Meeting over 3000m one month to the day after this incredible 10km race. Seven Minutes, 42.93 seconds later and Ebenyo crossed the finish line in first. Three days later he was second at the Meeting Metz Moselle in Metz, France over the 3000m, clocking 7:37.86. On 20 March he was 4th at the World Indoor Championships over the 3000m – just missing out on his Personal Best by 4/100th of a second.

Few will forget how devastating Ebenyo was at the Absa RUN YOUR CITY Series in Cape Town in November last year. At that stage a 12km race, the Kenyan set a brutal pace from the gun to storm to victory in 34:01, beating the best of what South Africa had to offer on that day.”

And now, Ebenyo is back, returning to the Mother City to take on the reset Absa RUN YOUR CITY CAPE TOWN 10K. In 2018 Joshua Cheptegei set the All Comers 10km Record of 27:16 in the Durban leg of the Absa RUN YOUR CITY Series. Supporters will certainly expect that time to go.

With his aggressive front running style, he is a big favourite to not only win the Absa RUN YOUR CITY CAPE TOWN 10K on 15 May, but also to drag an expected deep field to times faster than ever before witnessed in South Africa.

What makes Ebenyo’s pedigree so remarkable is that he has only been on the circuit for four years and already he has shown his versatility, grit and undeniable talent. Qualifying for the Olympic Games in the 5000m and being considered a serious medal contender speaks volumes to his pedigree.

“I am looking to run fast in Cape Town on 15 May,” said Ebenyo as he was announced as the first headline name for the 2022 edition of the Absa RUN YOUR CITY CAPE TOWN 10K. “I won the 12K last year and it was windy. I want to win the 10km and set a very fast time as I know I am in great shape.”

Meyer concludes, “Daniel is a true world class running star, and he will probably be the highest ranked runner over any distance to visit Cape Town this year.  We look forward to welcoming him with open arms.”